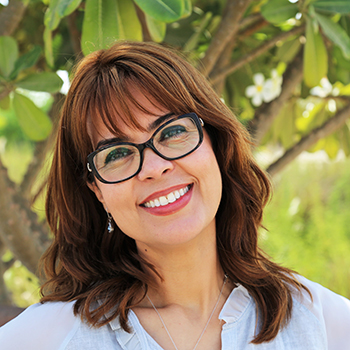 Dr. Ismahane Elouafi is Director General of the International Center for Biosaline Agriculture, based in Dubai, the United Arab Emirates.

She is internationally known as a strong advocate of alternative approaches to ensuring food security and nutrition in marginal environments, including use of neglected and underutilized crops and non-fresh water resources in agriculture.

Dr. Elouafi has nearly two decades of experience in agricultural research and development in Asia, Africa and the Middle East.

She is a recipient of several prestigious awards and accolades, including the National Reward Medal by His Majesty Mohamed VI, the King of Morocco (2014), and the Excellence in Science Award from the Global Thinkers Forum (2014).

She has been leading ICBA since 2012 and has overseen the development of the center’s long-term strategy focusing on marginal environments.