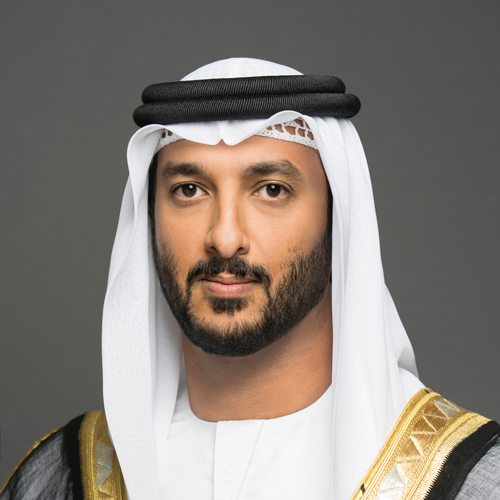 His Excellency Abdulla bin Touq been appointed as Minister of Economy of the UAE in light of the recent governmental reform in July 2020. He is driven by a purpose to serve the vision and growth of the United Arab Emirates, by re-imagining, re-designing, and re-engineering today's economy into a diverse and sustainable one.

He was appointed as Secretary General of the UAE’s Cabinet in 2017. As a pioneer and bridge-builder, he has launched many new instruments, bridging the gaps between the different areas of government: between Cabinet decisions at the federal and local government; between UAE and international organizations – leading the UAE-World Economic Forum partnership; between government and businesses – creating UAE Reglab, allowing for future technology-focused policies, laws, and regulations to be tested before being launched; and between government and citizens - launching the new Pulse Center which exists to accelerate the weak signals from society into the Cabinet agenda.

Prior to this, His Excellency was appointed as Director General of the Executive Office of His Highness Sheikh Mohammed bin Rashid Al Maktoum, where he was one of the founders of Area 2071. Area 2071 is a global first: a 100,000 square-feet cluster of X-labs bringing together government, corporates, and startups, to solve for ‘billion-people’ problems.

In addition, he championed the regional transformation of the Hatta Development Project, which has subsequently turned a historic district into a thriving hub for tourism, agriculture, and the economy. Furthermore, his deep belief in a ‘people-first’ approach led him to re-launch the Mohammed bin Rashid Centre for Leadership Development, where we can train the next generation of government leaders.

Bin Touq also served as interim CEO of Dubai Future Foundation, where he spearheaded the launch of Dubai 10X, which sets the Government of Dubai on a mission to be 10 years ahead of all other cities.

He shares his wealth of experience – taking inspiration from his civil engineering background, to his on the ground government transformation work - with 10+ boards. For example, as a board member of the Authority of Identity and Citizenship, he was the driver behind the 10-year Golden-Visa scheme, designed to attract global investors, scientists, and entrepreneurs to the UAE. He also sits on the board of his childhood school, Rashid and Latifa School, to ensure that together we can raise the future generation of Emirati pioneers.

The common thread to all of this work is a mindset of disruption, a belief in human potential, a purpose to serve, and a courage in pursuit of shaping the next fifty years of UAE, today.