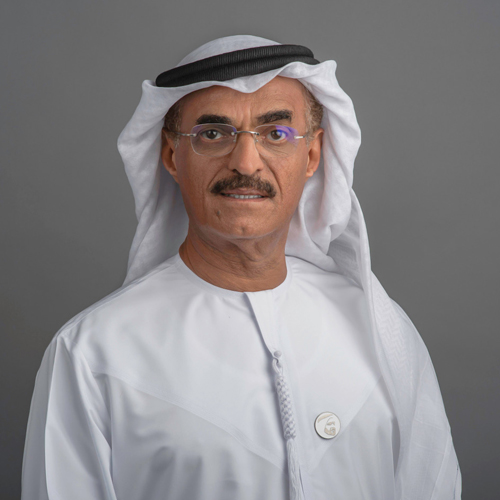 Minister of Climate Change and Environment

His Excellency Dr Abdullah bin Mohammed Belhaif Al Nuaimi was appointed Minister of Climate Change and Environment in July 2020. In this role, he leads the Ministry’s mission of spearheading the UAE’s drive to mitigate and adapt to the impact of climate change, and protect the country’s ecosystems through developing and implementing effective measures, policies, and initiatives.

In addition to his ministerial responsibilities, His Excellency Dr Al Nuaimi heads the UAE Council for Climate Change and Environment and the National Biosecurity Committee.

Between 2013 and 2020, His Excellency Dr Al Nuaimi served as Minister of Infrastructure Development, where he played a key role in developing the federal infrastructure, such as inter-emirate highways and federal government buildings. He was also Chairman of the Sheikh Zayed Housing Programme and Chairman of the Federal Transport Authority – Land & Maritime.