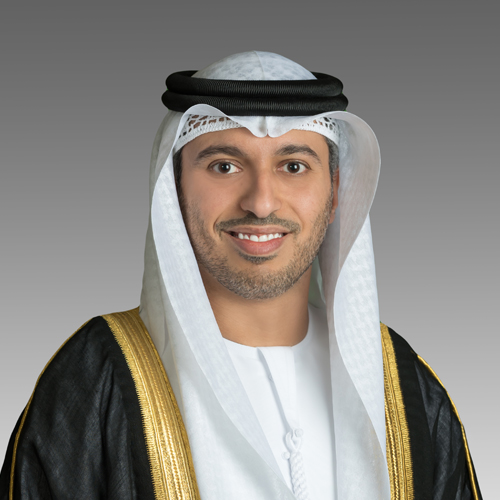 Minister of State for Entrepreneurship and Small and Medium Enterprises

His Excellency Dr. Ahmad bin Abdullah Humaid Belhoul Al Falasi was appointed as Minister of State for Higher Education in February 2016, to supervise the development of higher education and scientific research in the UAE.

In October 2017, His Excellency’s portfolio was expanded to include Advanced Skills to equip the UAE youth with the necessary skills for the future.

Al Falasi is currently the Chairman of the Federal Authority for Human Resources, and the Chairman UAE Space Agency since June 2017. His Excellency represents the space sector in the National Science, Technology and Innovation Committee.

His Excellency has a Ph.D. from Sir John Monash University, a Master’s from the University of Melbourne, Australia, and a Bachelor in Telecommunications Engineering from KUSTAR, UAE.