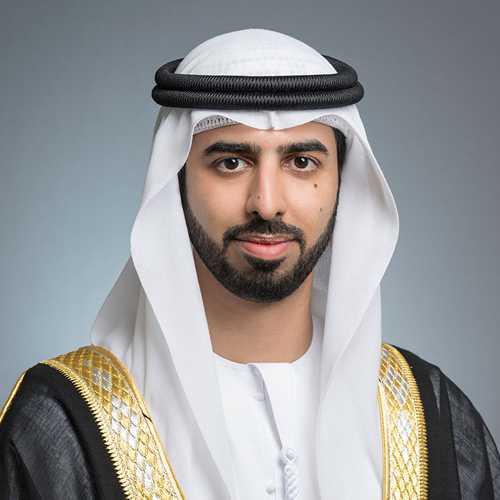 His Excellency Omar Sultan Al Olama has been appointed as Minister of State for Artificial Intelligence following the Cabinet reshuffle in October 2017. His responsibilities include enhancing the government performance by investing in the latest technologies and tools of artificial intelligence and applying them in various sectors.

His Excellency Omar Sultan Al Olama is currently the Managing Director of the World Government Summit. He is also a member of the Board of Trustees of Dubai Future Foundation and Deputy Managing Director of the Foundation. In November 2017, the UAE government announced selecting HE. Omar Al Olama as a member of the Future of Digital Economy and Society Council at the World Economic Forum.

During his work in the Future Department at the Ministry of Cabinet Affairs and the Future, His Excellency participated in developing the UAE Centennial 2071 strategy that aims to position the UAE as the best country in the world. He also participated in developing the UAE 4th Industrial Revolution Strategy that aims to promote the UAE’s status as a global hub for the 4th Industrial Revolution and develop a national economy based on knowledge, innovation and future technologies. Prior to his appointment, His Excellency worked on developing the UAE’s Artificial Intelligence Strategy, making it the first such strategy of its kind globally.